HomeVolunteer Spotlight: Jim Kiley
A- A A+ 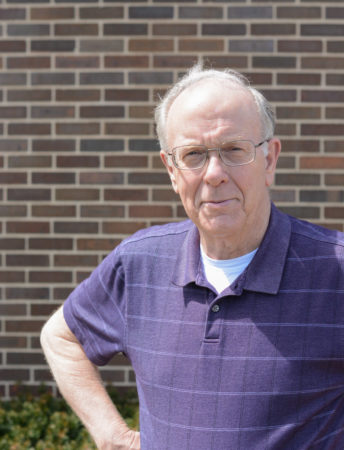 Almost a decade ago, Jim Kiley caught a glimpse of the West County Ronald McDonald House as it was being built from the ground up. From that time forward, he continued to follow its progress, eventually reaching out to see how he could lend a hand after it opened.

In early 2011, Jim took on the important volunteer role of courier. Now, every Monday, Tuesday, Wednesday and Friday, Jim makes the rounds to all three Houses to deliver crucial items and documents, saving our organization both staff time and money. Jim’s deliveries also help RMHC ensure that we have everything we need to provide guest families with the best home-away-from-home possible, every day. In addition to his weekday deliveries, Jim is also a welcome face at all three Houses most Sundays, when he delivers several boxes of donuts that have been donated by a local bakery.

According to Jim, the best part about sharing his time and talent is helping others while being out and about – something with which he is quite familiar after driving a newspaper route for 31 years – and the friendships he’s formed with RMHC staff members.

“This is a great group of people,” says Jim. “Everybody has a good heart, and it’s nice to come to a place like that.”

In addition to helping RMHC, Jim also volunteers for several other worthy causes, including Meals on Wheels and taking people who have transportation difficulties to their doctor appointments. Jim says that giving back is something that has always been important to him; it’s how he was raised.

“If you get a chance to help somebody out, do it,” says Jim.

“When Jim first started volunteering, he was doing one or two days a week. Over time, as other days became available, he took them on and now volunteers as our courier four out of the five work days,” says Alison Kaspar, Human Resources Director for RMHC St. Louis. “That is who Jim is – reliable, dedicated and someone who genuinely cares for others. Whenever he is thanked, his response back is, ‘Happy to help,’ and it shows. He is a joy to have around the Houses. He has a pretty good sense of humor, too.”