HomeBoard of Directors – Tim Reeves
A- A A+ 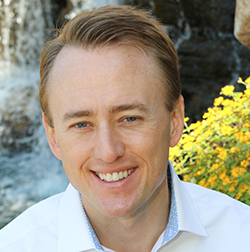 Tim Reeves is the head of investor relations for Emerson, a $19 billion global technology and engineering leader headquartered in St. Louis.  He has been with Emerson since 2010 and has held several corporate finance roles and served as Chief Financial Officer of Emerson Tool Company, a $300 million business unit within Emerson.  Previously, Tim worked at PwC in the San Jose and New York offices, performing audit and transaction advisory work since 2001.  Tim is graduate of Vianney High School in St. Louis and earned a Masters of Accountancy from the University of Missouri – Columbia and an MBA from the Kellogg School of Management at Northwestern University.  Tim and his wife, Cathy, enjoy living in St. Louis with their three girls Ava, Sidney and Clara.