HomeMeet the Cary Family
A- A A+ 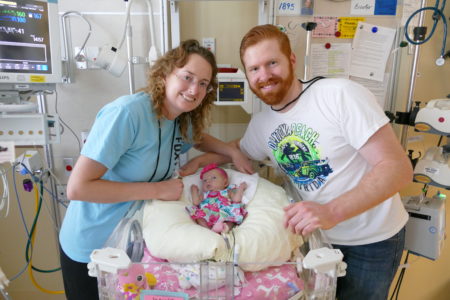 The Cary family returned home in August of last year, where Jade would spend the next several months waiting for a kidney transplant. During this time, Jade underwent dialysis treatments that, eventually, kept her in her crib for 18 hours each day.

Finally, on September 16, 2016, Clint and Amanda Cary received the phone call they had been desperately waiting for – a kidney was available for Jade. The next day, she underwent an 8-hour, life-saving surgery. 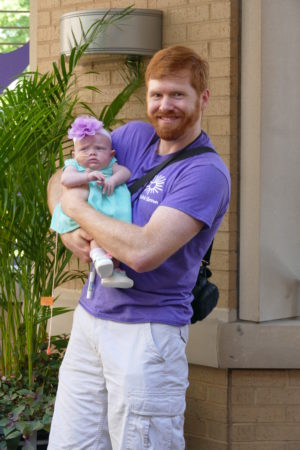 As their daughter recovered, Clint and Amanda spent the next few nights by her side in the pediatric intensive care unit (PICU). Soon after, they moved back into the Park Avenue Ronald McDonald House where they would take turns staying while Jade recovered from surgery.

“After staying in the hospital, it was nice to be able to get the rest we needed,” says Clint.

“Everyone is so welcoming and the other families really understand what you are going through,” says Amanda.

“We really appreciate the opportunity to be here,” she says.

When Jade was released from the hospital, she joined her parents at the Ronald McDonald House where she regained her energy. In addition to spending time with mom and dad, Jade enjoyed the playroom, going for walks and sharing her contagious smile with the volunteers and staff.