HomeBoard of Directors – Ryan Kuryla
A- A A+ 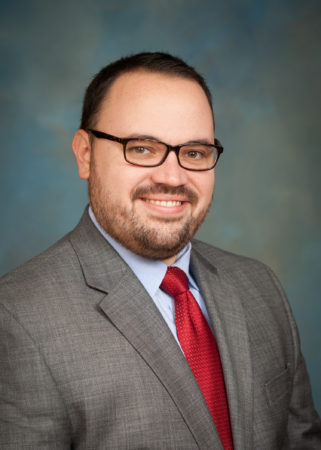 Ryan Kuryla is a Manager in the Benefits Compliance division at CBIZ, a business advisory firm. The Benefits Compliance division operates on a national basis. Ryan has been a part of the team for more than 10 years and his experience includes Form 5500 preparation, and consulting projects such as dependent eligibility audits, and self-funded health claim audits of third party administrators. He earned both his MBA and undergraduate degree from the Trulaske College of Business at Mizzou. Ryan has worked on behalf of Ronald McDonald House Charities since 2012, and served as the inaugural President of the Red Shoe Society young professionals group. He loves showing off his seersucker pants at their annual Kentucky Derby watch party. Ryan and his wife Emily have two daughters, Grace and Genevieve “Gigi”, and two fur-children, Lady Bird and Teddy. Ryan most enjoys when children sleep through the night uninterrupted, but also loves cabernet sauvignon, golf, biscuits and gravy, and Walt Disney World vacations.