HomeRemembering Jim Kuba
A- A A+

Jim Kuba and his wife, Wanda, were part of a resilient group of parents to blaze the path for the first Ronald McDonald House in St. Louis. They became involved with the organizations after they joined the Candlelighters, a parent support group from Cardinal Glennon Memorial Hospital for Children (now SSM Health Cardinal Glennon Children’s Hospital), when their daughter Kelly passed away from cancer. Jim wanted to give back to families going through similar situations. 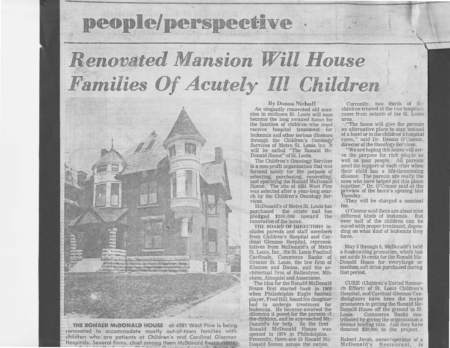 In the late 1970s, the Kuba family teamed up with fellow parents to create the Children’s Oncology Services of Metro St. Louis, Inc. Its sole purpose was to select, purchase, renovate, and operate the first Ronald McDonald House. These passionate individuals found each other at local hospital parent-support groups, including the Candlelighters and CURE (Children United Research Effort), from St. Louis Children’s Hospital. Many of these parents, including Jim, served on the first board of directors for RMHC St. Louis.

A fellow founder and long-time volunteer, Bob Manges shared one fond memory of Jim during a record-breaking winter in 1982. Bob was volunteering at the West Pine Ronald McDonald House over the weekend when a storm hit the area, closing roads, shops, and access to the hospital. As the kitchen slowly ran low on essential grocery items, Bob received a call from Jim to check on the families. Without hesitation, Jim drove across town on the icy roads to deliver provisions to guest families.

“Jim was so dedicated to the House and the families we serve,” says Bob. 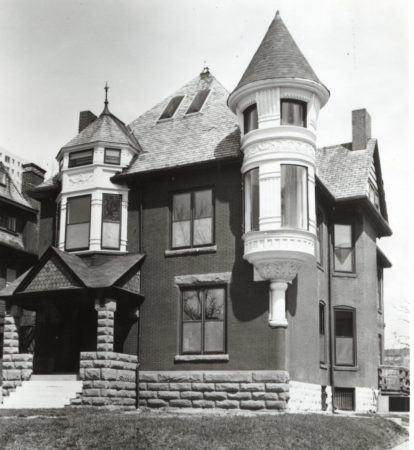 In August 2020, Jim passed away, leaving behind a legacy for seriously ill children and their families. We could not be more grateful for the support from Jim, and Wanda, who exemplify the mission of RMHC by giving back to fellow families when they need it most.