HomeBoard of Directors – Nolan Ruiz
A- A A+ 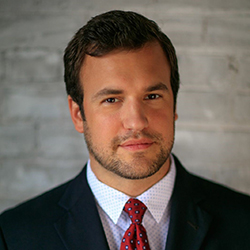 Nolan Ruiz is a McDonald’s franchise Owner/Operator in Greater St. Louis doing business as F.F&G. L.C. (Feeding People Through Faith, Fortitude & Generosity) since 2015. Mr. Ruiz began his career with McDonald’s in 1996 and has over 11 years of experience in the restaurant business. He left McDonald’s in 2001 to obtain his undergraduate degree followed by his law degree, and thereafter passed the California Bar Exam, and served for four years as a criminal prosecutor for the County of Sacramento Office of the District Attorney. In 2011, he rejoined McDonald’s, and in 2013 became an approved Owner/Operator. Mr. Ruiz relocated to St. Louis in 2015, with one store, 37 employees and has grown exponentially; he now operates nineteen restaurants with over 900 employees. He has over 15 years experience in legal and business services, and his leadership roles include serving as a parliamentarian on the national Board of Directors for the McDonald’s Hispanic Owner-Operators Association, a member of the Restaurant Technology Board and a member of the Executive Committee for the Saint Louis Co-Op. His commitment to diversity and community is exemplified in his service as a member on each of his restaurants’ local chambers of commerce. He currently resides in the City of St. Louis, MO with his wife and newborn son, and enjoys reading, skiing, and hiking. Mr. Ruiz has earned a B.A. in Business Administration from the University of California, Berkeley, and a J.D. from McGeorge School of Law.