HomeMeet the Whitworth Family
A- A A+ 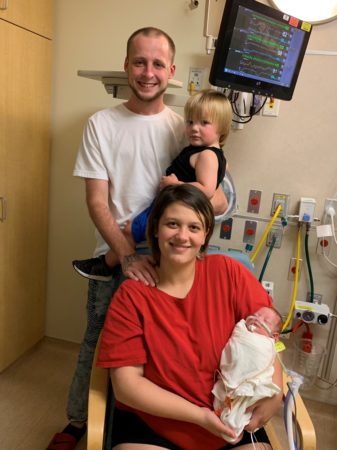 On July 12, 2019, Caesyn Whitworth was born 10 weeks early in Springfield, Missouri. Because of his early arrival, he was admitted to the neonatal intensive care unit (NICU) of the hospital, where doctors and nurses would monitor his progress until he was strong enough to go home.

However, over the course of the next month, little Caesyn was diagnosed with a serious intestinal disease called necrotizing enterocolitis (NEC) and was transferred by helicopter to SSM Health Cardinal Glennon Children’s Hospital in St. Louis.

Once he was admitted, Caesyn’s parents, Monica and Cameron, found out their son also had meningitis, an inflammation of the membrane surrounding his brain and spinal cord. Along with this diagnosis came many complications.

“It’s hard being a preemie,” says Monica. “One minute we are doing amazing and in a blink of an eye, we are going through another battle.”

As so many of our RMHC families know, it’s hard being the parent of a preemie, too. The Whitworths were four hours from home and pouring every ounce of energy into helping their baby boy fight for his life. 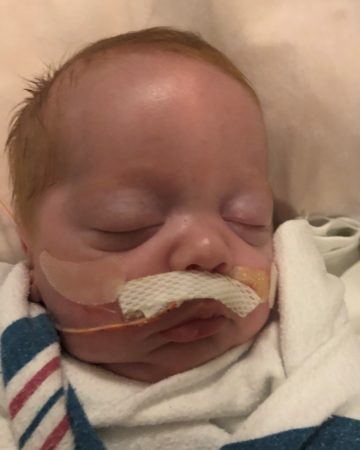 Thankfully, Monica and Cameron, as well as their oldest son, Laetyn, found comfort at our Ronald McDonald House on Park Avenue, just a short walk away from the hospital. In addition to finding a home-away-from-home, they also discovered an entire community of supporters to lean on.

“They treat you like you’re family, and they’re there to help,” says Monica of the staff, volunteers and other guest families at RMHC.

Thankfully, Caesyn overcame the small case of NEC and continues to receive specialized treatment in the NICU at Cardinal Glennon. We have no doubt that having family close by is helping him every day.

And for that, the Whitworth family is grateful.

“We just want to say thank you for everything,” says Monica.