HomeMeet the Stevens Family
A- A A+

The Stevens family honors the memory of their daughter Macy by starting a foundation to support fellow families.

Karen and Jordan Stevens were expecting a beautiful, healthy baby girl until their five-month check-up. The couple was devastated when the doctor shared the difficult news that their baby was diagnosed in utero with a heart defect. On July 29, 1998, Macy Stevens was born in their hometown of Omaha, NE, with a complex abnormality that included tricuspid atresia of the great arteries and pulmonary stenosis.

“I asked myself why do I have to be here, why is this happening to Macy,” Jordan said.

Thankfully, there was a room available at the West Pine Ronald McDonald House where the family could stay together. It was comforting to know they were a short drive to where Macy was being treated. 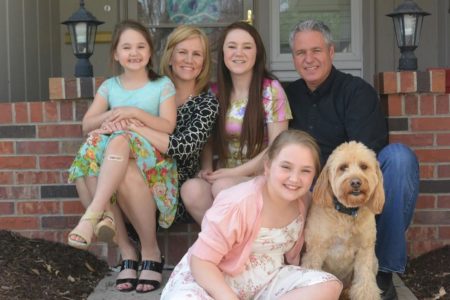 Seven years later – when Macy was ten years old – the Stevens family traveled back to St. Louis due to Macy’s heart failing. Their family stayed at the Ronald McDonald House again, this time for four months while they waited for Macy’s heart transplant.

After her surgery, Macy and her family were able to move into one of the Ronald McDonald West Pine Apartments for an extended stay during recovery.

“I was excited for the space and for Macy to have privacy,” says Karen. “It was perfect because there was a kitchen! It was so nice to be able to have your own space and have our family over when they stopped in for the weekend.”

The Ronald McDonald House Charities of St. Louis was there to provide the specific needs of the families and a sense of a normalcy during a difficult time.

“Going through that in a city so far away from home is hard,” Jordan said. “We made memories during a tough time and couldn’t have done it without Ronald McDonald House.”

The Stevens family took the opportunity to go to Cardinals, Blues, and Rams games just to keep Macy busy and spend quality time with each other.

“Those little things mattered! We were so grateful when individuals would donate Cardinals tickets to the organization, it would feel like a breath of fresh air to be away from the House for the day,” Jordan said. After recovery, the Stevens family went home to Nebraska.

to celebrate Macy’s health. Unfortunately, the vacation did not go as expected and she ended up in the hospital.

The loss of a child is extremely difficult for any family, no matter the situation. The Stevens family started the Macy’s Way Foundation in memory of their bright, beautiful, and talented daughter. Their foundation is based on helping families like theirs by supporting them with certified therapy dogs. 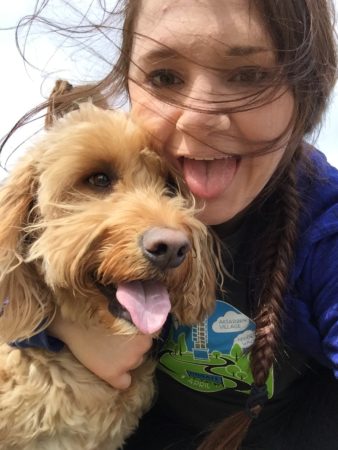 “We wanted to place dogs with kids who have gone through a medical or mental disability and in hopes the dogs will become therapy dogs.” Jordan said. “Macy was so passionate about animals. This is the perfect way to continue her legacy.”

Each year, Macy’s Foundation also donates to Ronald McDonald House Charities of St. Louis in honor of their time there together. We are beyond grateful for their continued support. Their foundation is a way for their family to give back to offer the same comforts to other families.

Learn more about the foundation at www.macysway.com.