HomeMeet the Ruhl Family
A- A A+

Where they are now: Sarah Ruhl reflects on her time at the Ronald McDonald House on West Pine Boulevard. 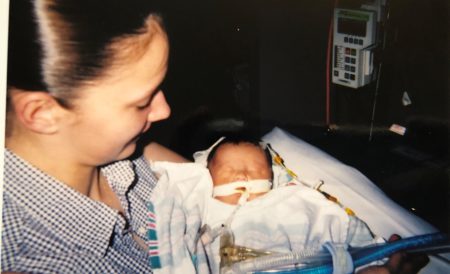 On September 7, 2003, Sarah Ruhl went into labor three and a half weeks early. Her son, Elias, was born prematurely in Iron County, Missouri. As a new mother, Sarah was overwhelmed to hear that her baby would need to be airlifted to St. Louis Children’s Hospital as soon as possible. Amid transport, Sarah held her son for a brief moment before the team of medical professionals prepared him for the flight. It would not be until Elias was two weeks old that she could hold him again.

Shortly after watching Elias leave for St. Louis, Sarah discharged herself from the hospital – against her doctor’s request – and followed her son. She was determined to be at her son’s side, even if that meant traveling over 100 miles away from her home in Ironton, Missouri.

Over the next six weeks, Elias remained in the Neonatal Intensive Care Unit as doctors monitored the progress of his developing lungs. It was a difficult time for Sarah, but thankfully, she found a home-away-from-home just down the street at the Ronald McDonald House on West Pine Boulevard.

During her stay at the West Pine House, Sarah enjoyed her view of the Cathedral Basilica of Saint Louis out her window, receiving a thoughtful care basket with snacks and a crossword puzzle from volunteers, and attending a bingo night with fellow RMHC families. She also appreciated the shuttle bus rides to and from the hospital.

“I couldn’t be more thankful for the kindness I received,” says Sarah. “Having a bed and meals mean so much when you are so far from home.”

Today, Elias is a healthy 17-year-old junior in high school. He aims to help others by joining the U.S. Coast Guard after he graduates. Sarah is so proud of her son’s journey and grateful for the opportunity to stay close when it mattered most at RMHC St. Louis. 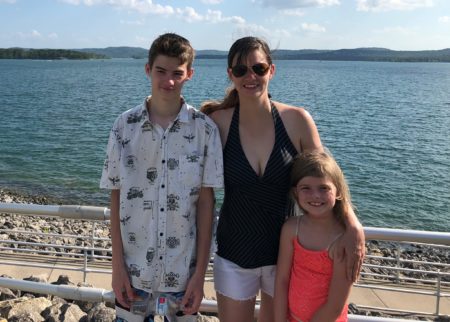 “The volunteers were so helpful, and it made me feel like I was at a home-away-from-home,” Sarah says. “I wish I could remember their names because there are so many people I would like to thank.”

You can help provide a home-away-from-home to parents, like Sarah, when they need it most by donating today.