HomeMeet the Rosuck Family
A- A A+ 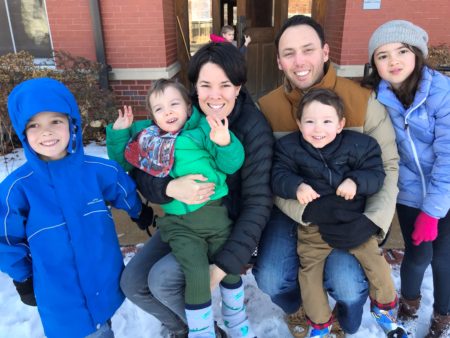 Three-year-old twins Benjamin and William have had quite the adventure. These two little boys traveled over 8,000 miles to both undergo life-changing surgery.

In December 2019, Benjamin and William, along with their parents, Sharon and Dan, two siblings and grandparents left their home in Brisbane, Australia, and boarded a 20-hour flight. Their destination? St. Louis Children’s Hospital in St. Louis, Missouri.

Here in St. Louis, Benjamin and William underwent a special neurosurgery called selective dorsal rhizotomy, which is used to manage cerebral palsy by reducing spacticity and improving the ability to walk and stand. During their recovery, the Rosuck Family found a home-away-from-home at the Ronald McDonald House on West Pine Boulevard, allowing them to focus all of their attention on Benjamin and William. The House, being situated just a few blocks away from the hospital, allowed the twins’ family a convenient space to rest and unwind.

“It was a safe place to sleep,” says Sharon of the Ronald McDonald House, adding that it was also an affordable option as opposed to paying for multiple hotel rooms over the course of their 30-day visit.

Even though they were thousands of miles away from home and their extended family, Benjamin and William enjoyed the holiday season in St. Louis. They had the chance to learn about American traditions and enjoy the warm hospitality from the staff and volunteers. 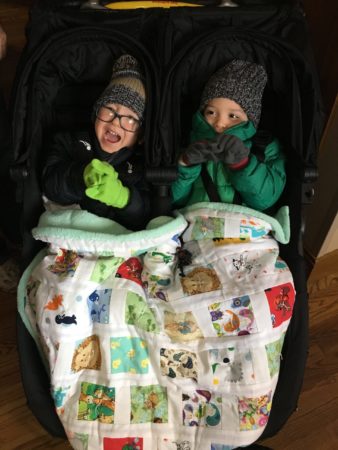 The Rosuck family also utilized the third floor Ronald McDonald Family Room located inside St. Louis Children’s Hospital. This special room gave the family a place to wait during the twins’ surgeries, where they could enjoy a kitchen with coffee and complimentary snacks, TVs, internet and more.

“Thanks to RMHC, there were a few less things to worry about while our children were in the hospital,” says Sharon.

After a successful recovery from their surgeries, Benjamin, William and their family arrived home safely from their St. Louis adventure in January. The family has settled into their new routine with daily therapy sessions for the twins. The boys are excited with the progress they have made and look forward to what the future has in store for them.