HomeMeet the Patrick Family
A- A A+ 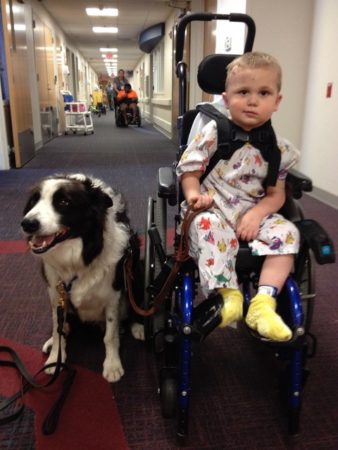 In the spring of 2014, Julie and Ryan Patrick heard the heart-breaking news that their three-year-old son, Charlie, was diagnosed with Rasmussen’s Encephalitis. The incredibly rare brain disorder targets one hemisphere of the brain that causes seizures and development disorders. Charlie’s doctors recommended a surgery called a hemispherectomy, which disconnects the right region of the brain from the left. While the operation would stop the progression of the disease, Charlie would be left with diminished use of his left side of his body. The Patrick family traveled two hours from their home in Energy, Illinois, to seek treatment at St. Louis Children’s Hospital.

On May 21, 2014, the day of Charlie’s surgery, the Patrick family found out they had secured a room at the Ronald McDonald House.

“This was a tremendous relief because, at the time, we didn’t know how we were going to afford housing. Just knowing that my wife and I had a safe, affordable, and comfortable place to stay and freshen up every day was such a blessing to us,” says Ryan.

After the surgery, Charlie underwent therapy at the hospital for the next five weeks to learn how to adapt to the use of one hand and how to walk again. Thanks to RMHC, he was never alone.

“One of us would stay with Charlie, and one of us would go to our room at the House,” says Ryan “It was so nice to know that every other night I would not have to sleep on the uncomfortable chair in the hospital room.”

While the whole family was going through such a difficult time in their lives, the little things in the in-hospital Ronald McDonald Family Room made such a difference. Ryan and Julie could be down the hall from Charlie to grab a quick snack, take a nap, watch TV, or do laundry.

While Charlie was sick, the Patrick Family had a phenomenal support system from their family and friends back home.

The Patricks returned home to Energy Illinois at the end of June.

Now, Charlie, who just turned 10, is a fourth-grader who loves music, swimming, making videos, drawing, and playing on his iPad. After suffering up to 15 debilitating seizures a day pre-surgery, he is now six years seizure-free.

“You all do incredible work. We are proud to be evangelists for RMHC,” said Ryan Patrick, recalling his time at Ronald McDonald House. “Thank you for everything.” 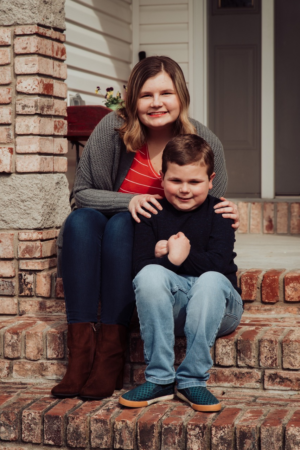 Your gift makes sure children, like Charlie, never have to fight alone.