HomeMeet the Lee Family
A- A A+ 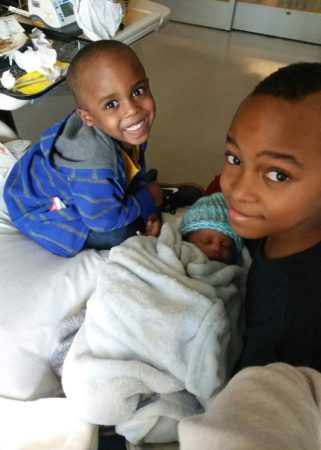 At the end of May, Shamyra Lee took her oldest son, Malachi, to the doctor for his annual wellness check-up. What was supposed to be a routine appointment turned into one of the most frightening days of her life when the doctor discovered an abnormal heartbeat. Ten-year-old Malachi spent five days in Phoenix Children’s Hospital, and was eventually sent to UCSF in San Francisco – far from his hometown of Chandler, Arizona – for one month, where he underwent countless tests and procedures. All the while, Shamyra was 37-weeks-pregnant with her third child and unable to travel to be with him.

While Malachi was at UCSF, a lung biopsy diagnosed an extremely rare form of pulmonary hypertension called pulmonary capillary hemangiomatosis (PCH). During that time, Shamyra’s third son, A.J., was born in Arizona. Four weeks later, Shamyra and her three sons, Malachi, Lemar and A.J., traveled to St. Louis so that Malachi could be listed for transplant. Unfortunately, her husband, Anthony, had to stay in Arizona for work.

“Our whole world was flipped upside down,” says Shamyra. 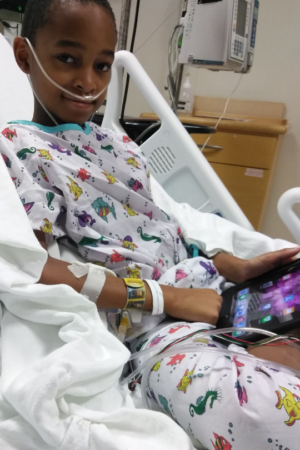 Malachi was placed on the transplant list on July 27, 2018 and received his new lungs just over two months later on October 5. The added privacy of the RMHC long-term apartment is especially important now, as Malachi recovers from the transplant for a minimum of 90 days, when his immune system is suppressed and his surroundings must be as hygienic as possible.

Throughout the next few months, Malachi’s road to recovery will include physical therapy, clinic, follow-up bronchoscopies. He will also continue to attend 5th grade remotely through the school at St. Louis Children’s Hospital and by laptop once he’s back at RMHC. Thankfully, there is no doubt that his 4-year-old brother, Lemar, will help keep his spirits high, as he is well known around the Ronald McDonald House for his friendly and playful personality. (In fact, Lemar has made a lasting impression on one group of volunteers, The Dinner Divas, who recently made a special batch of green beans and corn just for him!)

“It’s a new normal,” says Shamyra as she recalls all of the ups and downs her family has experienced in a matter of months. “I don’t know where we would be without the Ronald McDonald House,” she says. “It just gives you that feeling of being home.”