HomeMeet the Hodge Family
A- A A+ 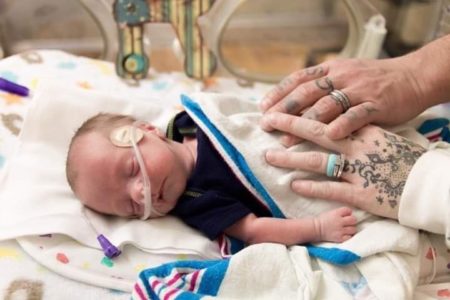 What does the Ronald McDonald House mean to a family whose child is in the hospital? Everything.

On December 6, 2018, Ryder Hodge was born three months early. Premature and weighing less than 3 pounds, he was transferred immediately to the Neonatal Intensive Care Unit (NICU) at Mercy Children’s Hospital. His parents, Sheena and Kurtis, were terrified.

“I didn’t know what we were going to do,” says Sheena. She and her husband were more than three hours from their hometown of Salem, Missouri. In addition, she was hospitalized and recovering from an emergency C-section due to preeclampsia.

Thankfully, the Hodge family didn’t have to worry for long. Throughout the next four months that Ryder spent in the hospital, the Ronald McDonald House became their home-away-from-home. Every morning, they could simply walk across the street to spend the day with their son. Staying close meant that Sheena and Kurtis could be there for Ryder on good days and bad, giving him the best medicine of all – the unconditional love of family. 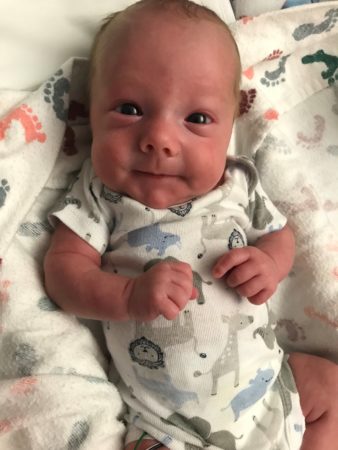 “He teaches me so much,” says Sheena. “No journey in the NICU is easy, but he did not have any major setbacks. He just fights and fights.”

On March 1, after nearly four months in the hospital, Ryder graduated from the NICU! Sheena and Kurtis were thrilled to be able to take their healthy baby boy home to his four sisters in Salem, where he continued gaining weight and hitting milestones.

“The Ronald McDonald House has been such a blessing,” says Kurtis. “It’s comfortable, and the staff and other guests became like family.”