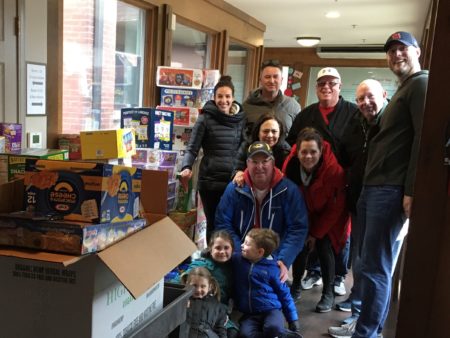 When talking to Howard Loiterstein, it’s easy to tell that he is a man of service and selflessness. He genuinely wants to get to know you, and you feel an instant connection and are immediately at ease.

Despite his busy role as Senior Vice President at Merrill Lynch, Howard finds time to give back to Ronald McDonald House Charities of St. Louis. Each Thanksgiving, Howard and his wife, Phyllis, and others, including longtime volunteers Bob and Clarice Manges, and Mitch and Joyce Podowski, load SUVs full of food to ensure that families have a bountiful Thanksgiving meal. In fact, this tradition has been in Howard’s family for years, since his mother, Olly Rosenberg Loiterstein, began volunteering with fellow members of her B’nai B’rith chapter.

“My mother, who passed away in 2010 at 92 years old, started going with her B’nai B’rith group, a Jewish organization devoted to service, and started supplying Thanksgiving dinner,” says Howard.

In the beginning, Ollie would bring Howard and his brother along to drop off food, such as homemade casseroles, on Thanksgiving morning. Friends of his mother, Joyce and Jackie Rudolph, would bring the turkey every year.

Howard left St. Louis early in his career but returned in 1984, helping out his mother who was in her 60s drop off food, visit with guests of the Ronald McDonald House, and recruit others who wanted to help.

And as the years rolled by, Howard continued enlisting his family and close friends, making the tradition bigger every year. Last year, Howard and his fellow volunteers filled five SUVs full of food with plenty of side dishes, as well as extra turkey and bread.

“My mother would be happy that it’s continuing,” says Howard, “but she would always want us to do more. If she saw the five SUVs, she would probably tell us to do six SUVs next year.”

Reflecting on his history with RMHC, Howard recalls what has meant the most to him every time he serves.

“I have healthy kids and grandkids, and seeing young parents going through these difficult times with their kids, I cannot imagine what they go through,” says Howard. “But, coming here to help lets them know that people really do care about them.” 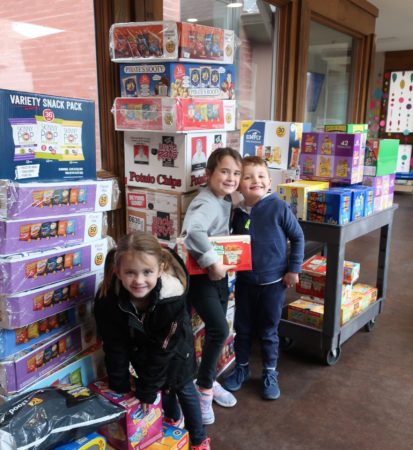 Throughout the rest of the year, Howard enjoys his time at home with family and his work at Merrill Lynch, sending out memos for RMHC volunteer opportunities to ensure the tradition continues. Howard keeps his mother’s memory alive through his service on Thanksgiving and hopes that his children and their children will do the same long after he is gone.

At Ronald McDonald House Charities of St. Louis, we couldn’t be more grateful for Howard, and his family, for their continued support. If you would like to learn more about volunteering at The House That Love Built follow the link below to get started!