HomeBoard of Directors – Greg Diekemper
A- A A+ 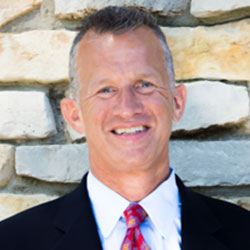 As a life-long St. Louisan, Greg graduated from the University of Missouri-Columbia with a Bachelor’s Degree in Accounting. He began his career as a CPA in public accounting, spending five years at Deloitte & Touche. For the next nine years Greg was employed by St. Louis-based Guarantee Electrical Company as its Executive Vice President and CFO. The majority of his working career was spent at Swank Audio Visuals. During his 18 years at Swank, Greg started as its CFO and quickly rose to Executive Vice President, then President and CEO until the Swank family sold the business to a private equity firm. After heading up the 2013 merger of Swank Audio Visuals with its largest competitor, Greg rejoined Swank Motion Pictures as President and COO, to lead the implementation of several specific initiatives. After successfully completing those initiatives, Greg semi-retired in 2015. Today Greg is an independent advisor to family owned and privately-held businesses. He also serves on the Board of three family-owned/privately-held businesses. Greg is married to his wife of 30 years, Rita. They have three children and two grandchildren. They enjoy travelling, and Greg is trying to get better at a four-letter word called golf. Greg and Rita were introduced to Ronald McDonald House by former Board member Jeff Barone. Together they have been financial supporters of the organization for many years, typically through Rita’s business, Gardens of Grace, LLC.